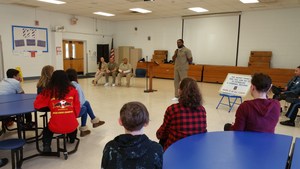 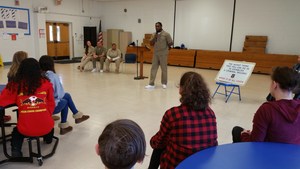 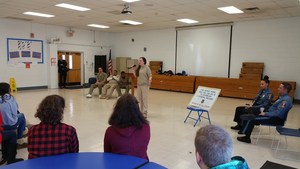 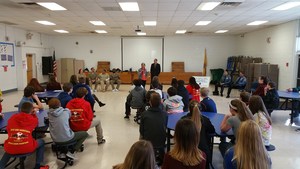 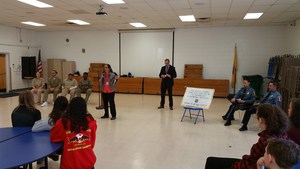 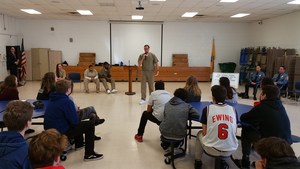 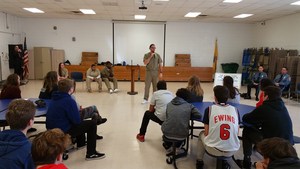 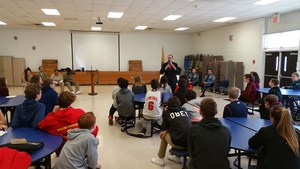 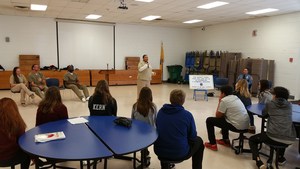 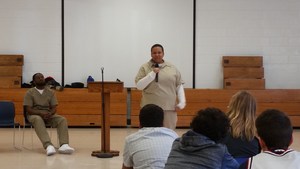 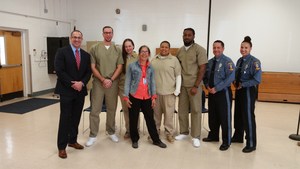 Implemented in 1998 by the New Jersey Department of Corrections, Project PRIDE brings minimum custody offenders from state correctional facilities into schools to talk openly and honestly about their personal experiences with drugs and alcohol and making good choices.

Four speakers, two men and two women, spoke to the students about choices.  They described their lives, how they grew up, how they made poor choices that led them to criminal behaviors, and how they ended up in prison.  The speakers also talked about how important it is to surround oneself with friends and other people who are positive influences and to ask for help when things seem like they are going bad.  Their backgrounds ranged from poor and urban to middle class and suburban with most of them having finished high school and some with college education.

As the speakers talked about their own lives and warned students to stay away from bad decisions, corrections officers sat watching with a prominently displayed sign that stated, “The worst thing that you can do is to establish a criminal record – Avoid it at all costs."

In its seventeenth year at Dennis Township, Project PRIDE had a major impact on the students.  Eighth grade teachers used the assembly to discuss decision-making and how poor choices can effect everything ranging from high school to college to careers to family and social lives.

In response to one teacher's request for written comments, an 8th grader wrote, "I liked that they had the courage and bravery to stand in front of people they didn't know very well and tell their life stories and what they could have done differently."  Most student comments echoed those sentiments and several students stated they felt this was the best assembly in their school career.

Sponsored by the Dennis Township Municipal Alliance Committee, committee members and school staff Lisa Salimbene, Betteann Kerr and Kathy Pittaluga organized the event with Mike Ritter from the Office of Educational Services in the Department of Corrections.